I’m in Malibu today, reporting on the last three days.  There are more pictures to come, but I’ve had a problem with my camera. I hope to get it taken care of tomorrow.

I leave Jamul on the 8th and begin to slowly make my way up the coast of southern California, camping at Carlsbad the first night.

This isn’t a very nice campground and it’s expensive. Many of the beach state parks in southern California are now managed as money-making operations by local municipalities or even private interests.

But there nice sunsets here… 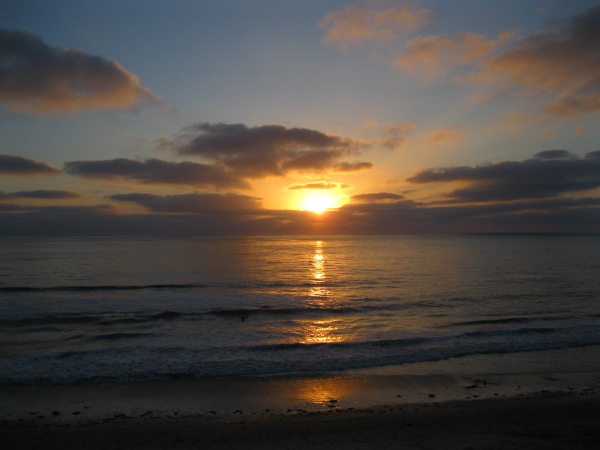 …and we’re right on the path of southern migration…

…which reminds me that I should be on my way north.

Early the next morning I’m on my way north along the Pacific Coast Highway. I stop at San Onofre State Park, but the campground is closed for the season. I use my pass from the campground in Carlsbad to spend a few hours there. It’s enormous and empty, whereas Carlsbad was crowded.

San Onofre Beach is hard to get to. Everywhere there are signs warning us of the unstable cliffs and that we should keep back. 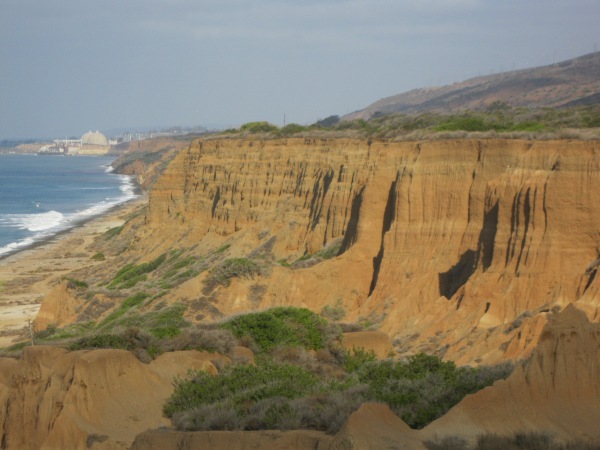 This beach is isolated and empty, yet our State Park System must nevertheless try to impose prudish laws:

Later in the day I finally arrive in San Clemente, the beach resort town that became famous in the early 1970s as the location of the Western White House, the California home of then president Richard Nixon. It’s quite near San Onofre State Park.

Fabienne and Wayne, you are right, San Clemente State Park is very nice. It’s the best I’ve seen, with good services and a pleasant personnel, even if they make me change campsites for the second night. This is my second campsite, not so nice as the first:

(But I didn’t get a picture of the first one. I had a lot more trees there.)

I like San Clemente. The town center is nearby and has everything I need, especially a café with a good internet connection; so I get a lot of work done.  I’m now working on : Heritage materials and biofouling mitigation through UV-C irradiation in show caves: State-of-the-art and future challenges.

And they have nice sunsets too:

But there are beautiful sunsets all along this coast.

One afternoon I take a long walk south of the park to look at some of the expensive homes on the bluff above the beach. 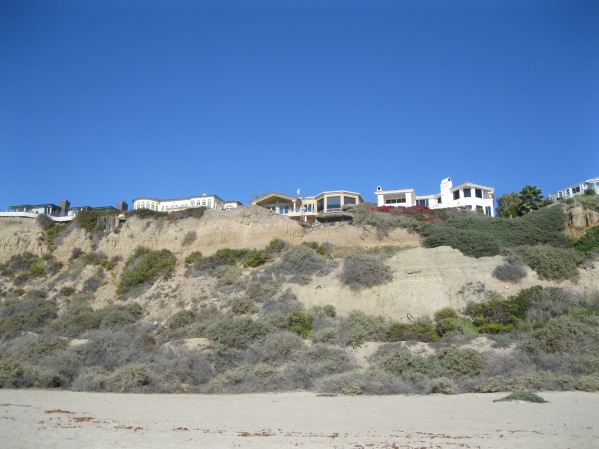 Speaking of unstable cliffs, all along the California coast, north and south, there are problems with houses sliding down the cliffs. I wonder if and when it may happen to some of these homes:

Some of them look very fragile: 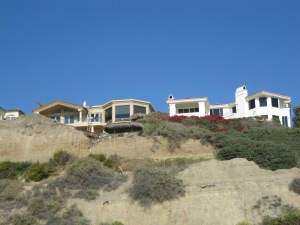 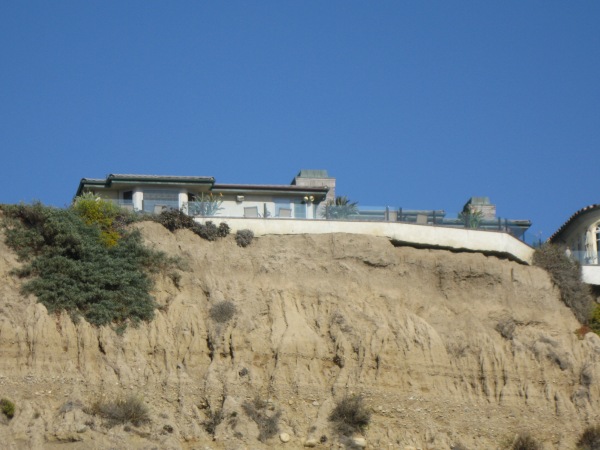 I wonder if structures such as these can last another twenty years. Then again, I suppose that these are just another sort of cliff dwelling. They, too, may have to be abandoned.